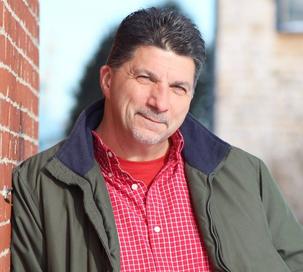 Terry grew up with his grandparents in a small mill town in upstate New York, where time was spent working in the hospice they ran from their home. His boyhood dreams of becoming a writer began in that small town as the local library was a magical place for him, where all things were possible. He eventually moved to Maine as a teenager and in time found his soulmate, Sasha. He continued to cultivate that dream of becoming a writer and after graduation he joined the United States Air Force as a Military Policeman. He served during Operation Desert Storm and had the great honor of working alongside many brave men and women. After the service, he worked as a counselor, a private investigator and a freelance writer before settling in as a letter carrier for the US Postal Service. Although the sands of time and his adventurous soul took him near and far, he never strayed too far away from Maine and from that dream. "The Death Waltz"began as a personal journey for him, but he soon found that this particular journey was one that affected so many more than he ever could have known was possible.

Terry is a member of the Maine Writers and Publishers Alliance and several writing groups.

He is currently working on two new projects;

"The Nothing Man"  another deeply moving journey into the mind of a man struggling with his own identity.

"Come the darkness, come the dawn"  an anthology of short suspense stories.